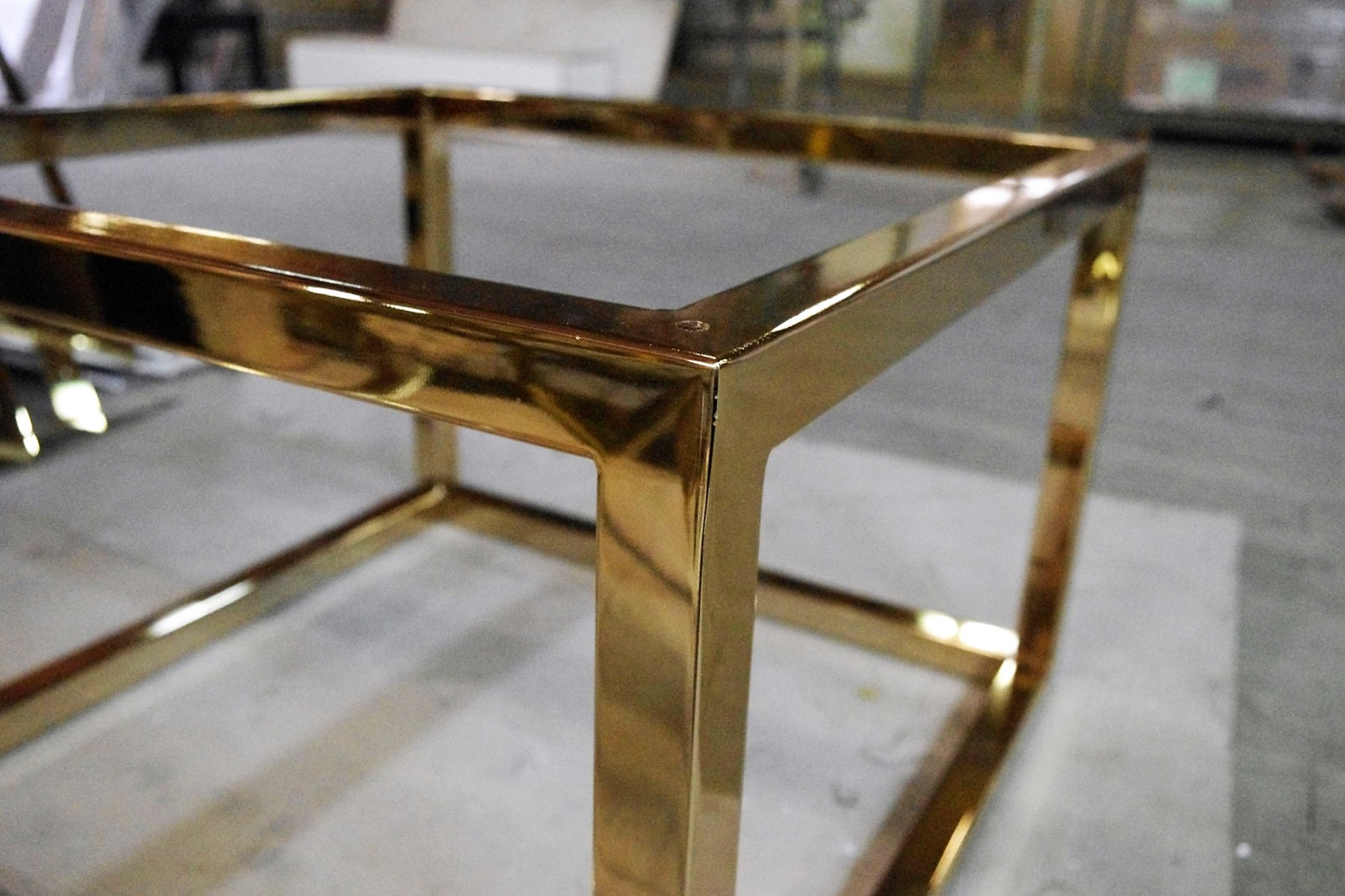 Spanning back throughout civilisation, this sparkly and precious metal has epitomised extravagance and luxury. Its unique combination of rarity, durability and shine meant the value of gold has always been high. We take a look at gold and its role throughout history before highlighting why giving your metal piece a gold finish will add style and value to your design. 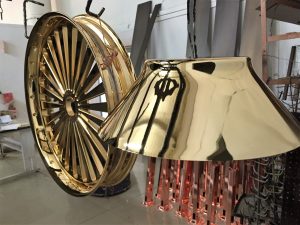 Our journey begins thousands of years ago when gold was first discovered. The cool thing about this gorgeous metal is that it is one of the few metals that can be found in nature, shiny and fabulous and ready to use. As a consequence, ancient peoples throughout the world discovered gold and instantly attracted to its properties, began using it.

According to the National Mining Association in the USA, the first recorded use of gold goes back to around 4000 BC where Eastern Europeans developed jewellery like pieces. However, The Ancient History Encyclopaedia tells us that gold and silver alloy was used in jewellery as far back as 5000BC.  Suffice it to say, we have been googly-eyed over this classic bling for aeons.

Originally discovered at surface-level near water, people quickly worked out that they could find more if they went underground.

The Egyptians were the first recorded to use the technique of filigree, where they stretched the gold into wire and manipulated it into intricate designs. While the Egyptians and South Americans perfected their jewellery, the Ancient Romans started to use gold as a setting for gemstones, upping the bling ante with precious stones such as pearl or enamels. 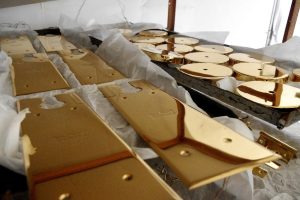 Gold-liness is next to Godliness

Since its discovery thousands of years ago, gold was revered so heavily that it was always associated with the gods. Ancient civilisations often used gold as a vessel through which to communicate with their deities, protect themselves from their wrath and revel in their divinity. Gold was often associated with where the gods lived. For example, according to Portable Antiquities Scheme, Germanic gods lived in a hall covered in gold and played with golden board games.

The ancient Incans went so far as to say that gold was the sweat of their sun god Inti.

Gold was used in shrines, crowns, sceptres, at altars and to worship idols well before modern religions embraced its shine. You can see gold decorative pieces throughout modern religion as its beauty is still undeniable. 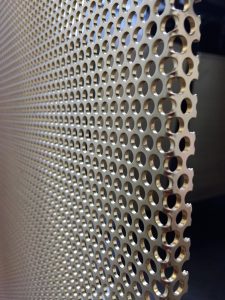 Identifying the value of gold early on, it wasn’t long before the ancient civilisations started to use gold as a means of currency. Coins were originally forged from electrum (gold and silver alloy) in Asia Minor.

The first pure gold coins are credited to King Croesus of Lydia, who even stamped images on the coins. At the same time, the Chinese began circulating the Ying Yuan, a square gold coin.

As gold began to circulate and civilisations began to understand the value of gold as currency, so too began the looting, treasure hunting and of course attempts at alchemy. 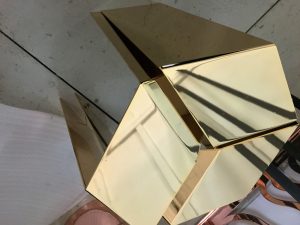 Gold was officially first discovered in Australia in 1851 in Bathurst. However, rumour has it that gold was discovered well before this but the colonial governments suppressed it. It was only after Bathurst that the gold rush really began.

All of a sudden Australia was dealing with a mass of economic disparity. Average mining wages grew five-fold and colonial officials such as police started to leave their official posts to seek their fortunes. People were seduced by the ever rising value of gold and mining became the trade du jour.

The gold rush eventually slowed as mining costs and complications slowed the extraction of gold. For many years following gold didn’t hold much weight.

It wasn’t until the 1970s and 80s that the international value of gold increased massively and there was a resurgence in gold mining in Australia. 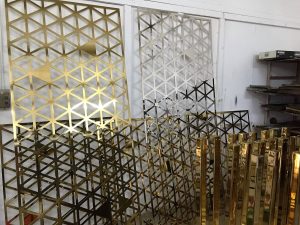 The many faces of gold today

No longer are we confined to the yellow hue of traditional gold. Now gold can be yellow, white, rose and even green. To be fair, the gold we know and love that we use in our modern day bling isn’t strictly pure gold. For starters, it’s much too expensive and apart from anything else, the purer it is the easier it bends and scratches. So even your gorgeous 18K family heirloom has 25% other metals mixed in there.

Still, the unavoidable beauty is timeless and lasting. Whether you choose traditional yellow or otherwise, gold gives a design an instant lift. 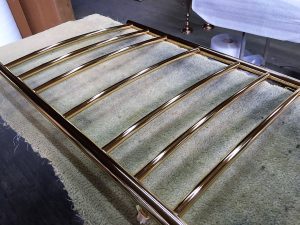 Gold can add a touch of glitz to any design. When used thoughtfully, gold, in all its hues has the amazing ability to remain both glamorous, stylish and utterly timeless. Amara’s the Lux Pad revealed only in January about how gold can be used in your on trend designs in 2016.

The wonderful thing about gold and its many faces is that you can always find something that suits your styling. Gold has the ability to be glaringly fabulous yet stunningly subtle and throwing a light fitting here or a table leg there can turn your interior from perfectly lovely to perfectly spectacular in an instant. 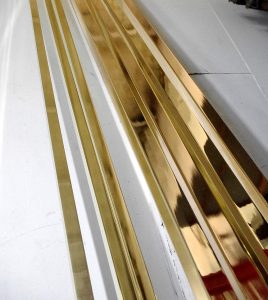 But gold is so expensive you say. Gold bends out of shape you say. Fear not fellow gold lover. That is where we come in. Our excellent team at Astor Metal Finishes have the amazing gift of modern day alchemy.

For an exploration into metal finishing and alchemy, peruse through our series on Modern Day Alchemy.

In short, choosing to finish in gold instead of using straight gold has many advantages. It is more durable, scratches less, less expensive and looks equally as fantastic every time.

Get in touch with us now to learn how you can give the Midas touch to your design.

What base metal do I use?